This week we continue our journey through “1000 Foods To Eat Before You Die”, we are still in America and we are trying out an old American treat call the Apple Pandowdy. This apple dessert was very popular in the colonial period and it happened to be one of the first ladies Abigail Adams, the wife of John Adams, favorite dessert.

This dessert has seen a lot of changes over the years from when it was first introduced and the interesting name pan-dowdy came about because it was so plain or some say because the crust has been cut-up or dowdy during baking. Whichever the reason the pan-dowdy is basically fruit baked under a crust similar to a pie but the bits and pieces of the crust  has been cut-up to be submerged into the fruit filling liquid. In the eighteenth-century this dessert would take all night as it cooked in the embers of the dying fire. Thankfully it doesn’t take that long anymore to bake a really interesting dessert. 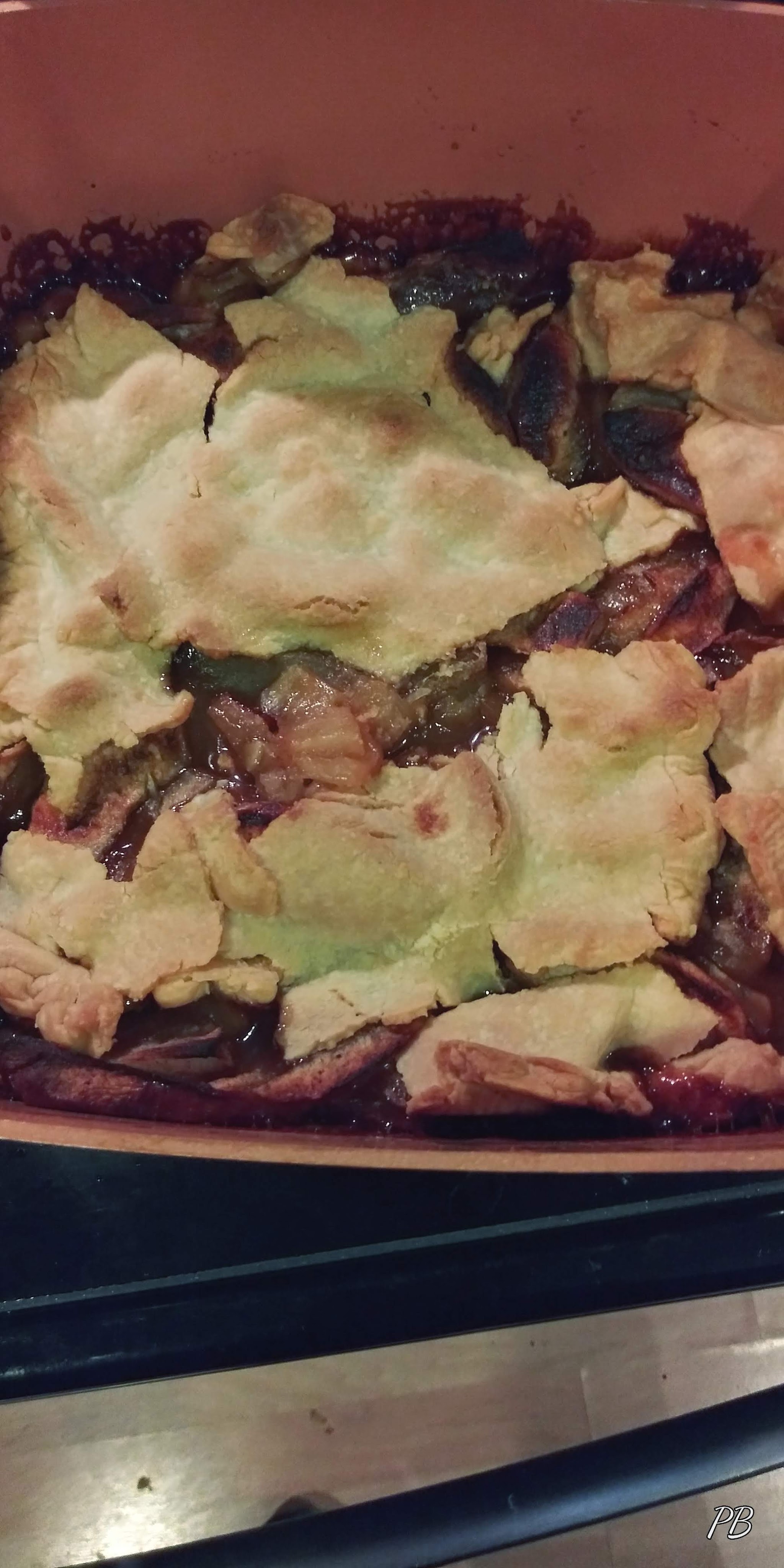 I was lazy on this one and didn’t make a crust, I used a frozen pie crust and broke it up over the filling, though next time I should try the roll-out pie dough.

This is a dessert I will have to make again because I over cooked it so it came out a little dry when it should have some juice to it. Other than that it was really good.

Now next week I will make a handmade crust even though I’ve never made one, but its for an apple pie that’s next on the list. So come back and check it out.

Hitting the big Five O, and time to do something new in my life!
View all posts by Princess →
This entry was posted in 1000 Foods To Eat. Bookmark the permalink.

Food of Many Colors

"I am not a chef. I'm not even a trained or professional cook. My qualification is as an eater. " -Nigella Lawson

An author's life and more

It started when I gave up smoking and went from there!

The only way to be noticed is to be talked about...

The Bloggers' Network
the crafty lady in combat boots

"The only true wisdom is in knowing you know nothing" Socrates

You are reading the life story of one little Borneo girl (once upon a time), her reminiscences of the past and her present thoughts.

Through the Lens of my Life

thoughts and images from my perspective